From NKBA - Good Help Is Hard to Find

The crisis in skilled labor has reached near-critical levels, with nearly 6 million jobs going unfilled this year due to a lack of skilled applicants.

And with the skyrocketing damage estimates from Hurricanes Harvey, Irma and Maria soaring to more than $300 billion combined in the southeastern U.S., Puerto Rico and U.S. Virgin Islands, the need for skilled laborers to rebuild these devastated regions is amplified even more.

This Old House Ventures, parent of home-improvement TV legend “This Old House,” has recognized the shortage in the building trades for some time, and a year ago started the Generation Next initiative, a philanthropic campaign designed to encourage and empower young people to join the skilled trades.

NKBA is again partnering with Generation Next, now in its second year, at the Kitchen & Bath Industry Show (KBIS), Jan. 9 to 11 in Orlando, co-located with the National Association of Home Builders’ International Builders Show (IBS), for Design & Construction Week.

Through GenNext, This Old House Ventures supports the mikeroweWORKS Foundation, begun in 2008 by TV host and construction careers advocate Mike Rowe. MRWF shines a spotlight on the widening skills gap and suggests the skilled labor professions as an alternative to a traditional four-year college education, which often leaves a graduate with a mountain of debt — and no guarantee of a job.

“This Old House,” which is entering its 39th year on PBS, is dedicating the season to the Generation Next initiative. In the first episode, airing Oct. 5, Rowe joins the crew to discuss the skills gap and, throughout the year, will be working with TOH apprentices, trade schools and non-profits to encourage young people to explore careers in construction.

“We’re continuing to encourage young people to consider the building trades as an alternative career option,” said Eric G. Thorkilsen, CEO of This Old House Ventures. “With the launch of the new television season, that message gets even stronger as we kick off episode one with Mike [Rowe] and our guys talking about GenNext — and how the whole season will be devoted to related stories. More of that will be coming through the end of this year, and we will continue to create events and projects that help contribute funds to the MRW Foundation and other associations that provide scholarships to people seeking training for skilled jobs that are in demand.”

Generation Next got a boost from “CBS Sunday Morning,” which on Oct. 1 focused its lead story by Mark Strassman on the skilled worker gap and the campaign to rebuild the building trades. Since the recession of 2008 hit the home building and remodeling industry hard, 1.5 million residential construction workers left the industry or retired, according to the report, and a decade later, the industry has recovered fewer than half of these workers. And, according to Go Build America, a workforce development initiative, the average age of a skilled worker is over 50, and for every five tradesmen who retire or leave the industry, only one replaces them.

Additionally, a recent NAHB survey of young adults, age 18 to 25, found that while 74 percent said they know the field in which they want to pursue a career, just 3 percent of these cited the construction trades. National infrastructure building projects could increase the labor shortage as well — and this doesn’t account for the impact of this season’s catastrophic storms.

Part of this uphill battle will be fought by trying to change societal attitudes toward these trades. “In the same way that we've ignored entire categories of good jobs, we've ignored entire categories of education, apprenticeships, fellowships," said Rowe on the show. “Years of predictable portrayals, coupled with well-intended parents and guidance counselors trying to elevate one form of education at the expense of others, have, in my opinion, conspired to marginalize an entire chunk of the workforce."

The aim of Generation Next, said TOH’s master carpenter Norm Abram on the show, is to create “awareness of that [skilled labor] shortage, try to explain why it happened, but more than anything else, we want to empower and encourage young people to take a shot at the skilled trades."

Mike Rowe and Norm Abram are encouraging young people to consider careers in the skilled trades to help stem the labor shortage in residential construction.

PHOTO COURTESY OF THIS OLD HOUSE

Another great article from our friends at the National Kitchen-Bath Association- NKBA.

From NKBA - Good Help Is Hard to Find 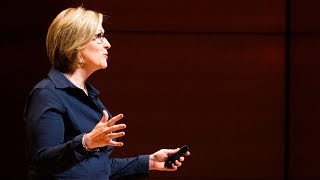 Get Naked! Watch and enjoy!

It's Family First at Modern-Aire

Technology Test: Do You Have the Latest Tools?

3 Reasons to Define Your Target Market